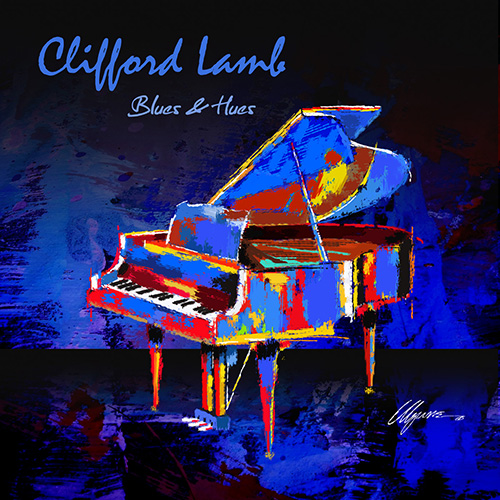 CADENCE Magazine Critics Poll has selected “Blues & Hues” by pianist Clifford Lamb as one of the TOP TEN CD Releases of 2019.

By admin News No Comments

CLIFFORD LAMB has issued BLUES & HUES [Weber works Records 19101] a record which champions mashup, i.e. melding two works to create a third, in other words—a hybrid. The 8 tracks here [46:38] are all Lamb’s compositions and they are fine. What they are mashed up with is explained in the full liner notes. One piece, “Smiles For Miles”, is not a mash up. Back up is drawn from a pool of musicians including Cindy Blackman Santana, Buster Williams, Nicholas Payton and vocalists Laura Vall and Alex Brown. A moving recording.

By admin Articles No Comments

The center pieces are two takes of “Peace Requiem,” the first a mix of pastoral flute and gospel by Laura Vall, and the second, longer one stretching out in ambition and including even some rap by Anacron. The team gets soft and meditative “No Regrets” setting a rich framework for Payton’s bluesy horn and the team hiply follows Lamb’s lead on a pulsating “Blues and Hues.” Unassuming in its downplayed charms.

By admin Articles No Comments

BY Jonathan Widran: Jazz artists generally make a stark choice every time they enter a studio: create their own interpretations of beloved standards that have inspired them, or showcase their own compositions. On his third album with veteran producer Jeffrey Weber, acclaimed Bay Area pianist-composer Clifford Lamb goes delightfully rogue and emerges as a visionary by taking a novel, highly improvisational and stylistically eclectic approach to the concept of mashup.

Generally mash-ups are created by combining two previously existing recordings, but Lamb and Weber – recording live to two tracks – brew up organic tracks with crafty new titles (the closing track “La Ultima” solo piano, the others generally featuring his quartet of Buster Williams, Cindy Blackman Santana and Nicholas Payton) that artfully, soulfully and above all, imaginatively, intertwine original Lamb pieces with classics and relative obscurities that have impacted the pianist’s artistry or have been inspirational to his development.

While certainly the two versions of “Peace Requiem” – a poignant, socially charged, century spanning African American history lesson featuring onetime Raelette Alex Brown and poet/rapper Anacron – will garner the most attention, there are exquisite moments of beauty, remarkable revelations and insightful awakenings throughout that use music as a foundation to forge an optimistic path forward. The artists Lamb uses as launching points for his unique flights of fancy range from Antonio Carlos Jobim and Gershwin to Nat Adderley, McCoy Tyner and Jamie Cullum. He complements his alternately sensitive and grooving quartet with dynamic showcases for numerous guest performers, including Justin Klunk (flute, soprano sax), Laura Vall (vocals), Tariqh Akoni (guitars) and Scott Mayo (flute).